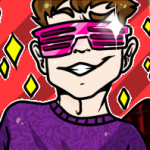 Do the builder man men ever bully you for taking selfies in the buildings they are working on?

If you need inspiration, Rachel Aldana can give you some. You're welcome.

Gotta be well shaped too. There's no point in being big when theyre touching the floor. And 'too big'... what kind of amateur are you?

The bigger the bewbs, the closer to my heart.

So...who fancies a holiday there?

Shut your filthy mouth and get back to licking urinals.

The best nights are the 80 person strong house parties, getting drunk at them and then saying hello to everyone several times.

As opposed to "aww i hope it gets better for u"? Depression is shit, but sometimes you need a smack in the face to make you realise a lot of things. I wish people were firm with me when I was younger, I'd have done a lot better, probably.

Of course, focusing on my tone and not the message behind it works too, so go ahead.

When did I ever say that that was a good way to deal with? No need to get so catty.

What an insightful way to deal with someone clearly going through a rough time.

Who cares when you got pancake day coming up? Pancakes are fun and don't file a restraining order just because you spend four hours everyday watching them from outside their bedroom window.

I've literally never seen someone be so sycophantic over a film xD. I like the part where Mr. Sniper Man does a 360 noscope on a muslim and an eagle flies by while a single tear rolls from his eyes that have american flags in his irises.

Who are you talking about?

They're talking about Dr. Robert Casio our dear leader. He was a strange and beautiful man but was kidnapped by the then Kim Jong Il for North Korean nuclear tests and was never seen again. He was everyone's favourite member and is missed deeply. Some say his spirit lives on in the human hair he collected.

Hehe I hate patriotism. So I'm not going to bother bringing to everyone's attention that the soldier man portrayed in the film was actually a bit of a lying weirdo as I'm sure you all know that. However what I do want to bring up is that there's a part in the film that's supposed to be really emotional where there's a baby in the scene. But the baby is a really obvious plastic toy baby and like oh man its just hilariously bad. Just a little something to cheer everyone up.

Oh P.S. BWS please just look, everyone disagrees with you, by telling everyone how oh so intelligent you are and by saying you've outright won the arguments you're having with them will come across as nothing but arrogant and isn't doing much to better your already poor reputation here. Everything you've commented on has literally turned into an argument. It's like you have a talent where everything you touch turns into poo. Please just relax, have some green tea, snort some cocaine, just chill.