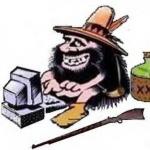 11 replies to this topic

I am new to the forum so thought I would stop in to say hello.....

Hello there! Tell about yourself a little, I'm curious.

Welcome to the forum.

Oh, my god, that greeting with my sig!

Hello there! Tell about yourself a little, I'm curious.

Hello, honestly am not that good at talking about myself  but will give it a try. First no I'm not really a trekkie, I have seen the new movies and like them but thats about as far as it goes lol and in the fued between Star Trek and Star Wars, I am Star Wars all the way. I do write a little but it's nothing that great and no one ever sees it, I also draw on occassion, I like most fantasy and sci-fi books, big fan of The Hunger Games, also like anything Stephen King. I like most movies and listen to virtually every type of music.

Welcome to the forum.

Welcome to the forums!! Enjoy your stay!

Welcome to the forum!

I'm a Liger.... Want to see my Liger impersonation?