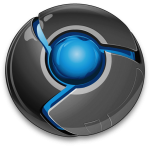 The Tradeoff Between Anime and Manga

This is a forum thread for healthy debate involving the heavy tradeoff achieved between watching anime over the manga or vice versa. Before posting my own opinion to start things off, I wanted to get that there just in case some individuals who respond to this thread will deviate from the subject, an event I wish not to happen. I hope you enjoy the argument itself because its something that's spoken about a lot between me and friends in real life.

For me, it's anime that really gets me. It's fluid instead of static, more organized compared to the artwork and stillness that a manga seems to provide for me. Of course, I see what manga provides, too. An experience that makes the feel of a book mix with the action and hype that a good story does, while at the same time not being a book. While action is handled well in a well written book, a manga brings both the animation of a good fight scene or a hilarious confrontation with the good storytelling of your local bestseller.

What makes an anime better for some than mangas? First off, it's the makeup in comparison to the manga. Some mangas are organized stranger than animes, especially Japanese ones that are adapted and translated without full consideration of its American or English readers. For example, the manga Blue Exorcist was much harder to read than Fullmetal Alchemist, while both animes were perfectly made and animated, will full consideration of the story of the manga. I can even use Fullmetal Alchemist as an exception, since both the manga and the anime use the story in its full dramatic expertise, that of a good animation.

However, the problem with animes stems from the problem with anything adapted from a book/manga/etc.. Derivation from the original story. Sometimes the content in a manga is too much for a 30 to an hour long anime episode. And quality, especially in the United States. Voiceovers, English ones especially, have a tendency of being very poorly created. This can be viewed from a different perspective, Studio Gihilbi's Spirited Away. Compared to the original Japanese dub, the English dub is known to be drastically different, and this can be noticed in Chihiro's voice actress. In the Japanese dub, she sounds more mature, less obnoxious or annoying than the English dub, in which Chihiro sounded more like an 8 year old than a rising teen.

And then we consider, among the animes of the world, the One Piece English Dub.

*facepalm* Jesus H. Christ, was that a trainwreck.

These are my only ideas that can support both sides of this argument, but I want to hear your ideas, fellow Nerds of Nerd Forum. Post your opinions, and possibly correct me on any incorrect info.

I think it depends. Most of the time I'd rather watch the anime. I'd rather see full colour animation rather than black and white drawings.

There are some things that I'd rather read the manga to. For one, the manga version of Fullmetal Alchemist was better than the first season of the anime (they of course made up for it with Brotherhood but still). Anime also has a way of throwing a bunch of extra fan service in.

That being said, perhaps it depends on what came first? The Wolf's Rain anime was much better than the manga, which came out after the series aired. It's Not My Fault I'm not Popular was recently adapted to anime and I found it difficult to watch due to second hand embarrassment, the manga wasn't nearly as bad to read. Madoka Magica had a manga drawn alongside the anime as it aired, and while it had very nice art, the anime did a better job of portraying the sudden dark turn the show takes. It almost takes the animation to take that sharp turn in a way that shocks the viewers.

For one, Manga is usually more close to what was originally said in the original language when being translated into English. When Anime is produced, like Sushi kitten has said, extra fan service is added. So they will sometimes completely change dialogue or phrases. Whether it's to make it more Americanized or because it was thought it would sound better than the original translation.

At times, Manga artwork can differ a bit from Anime. It's nice to see what the original art work looks like. What the artists intended for the characters to look like before they're animated and altered. For example, Inuyasha looks pretty different to me than the series looks in animated form.

There can be certain details cut out of the Anime form of the series, such as scenes or once again dialouge that was not included in the anime.

Those are a few things I thought of.

I don't have a lot to contribute, but:

And then we consider, among the animes of the world, the One Piece English Dub.

*facepalm* Jesus H. Christ, was that a trainwreck.

I had friends of friends who were PISSED about this.

My rule is: book over movie; anime over manga.