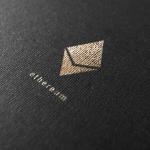 Perhaps some of you have already heard about Bitcoin’s legacy: the price of a bitcoin reached an all-time high of $1124.76 on 29 November 2013, up from just $13.36 on 5 January at the start of the year. However, Bitcoin is outdated, its development process halted.

A long time has passed since cryptocurrencies and the Blockchain technology first arrived on the scene. There are now countless alternate coins (altcoins) competing for users and a leading position on the market. Some of these coins are basically dead on arrival, while others, such as Litecoin, Dodgecoin, Maidsafe, etc.  sustain and become a subject of great interest to speculators, investors, and everyday users who want to get in on the action as early as possible. Whatever the case may be, most cryptocurrencies are quite similar in their design and usage – except for Ether.

Ethereum, commonly referred to simply as Ether, builds upon the Blockchain technology first introduced in 2009 by Satoshi Nakamoto and his release of Bitcoin. This decentralized technology offers distributed consensus across the entire network and it could be used as a secure backbone for absolutely everything we do.

Government money could be programmed to be used for one purpose and one purpose only, as a form of payment, but smart contracts powered by Ethereum, on the other hand, could prevent fraud and thereby, guarantee that both parties fulfilled their end of the bargain without the need of an arbitrator.   Business applications across platforms would run as they were intended without possibility of government censorship, downtime, or third-party interference.

Ethereum was first described in 2013, and its Blockchain launched in mid-2015. It has since then quickly gained in popularity and is now the most desired and valuable cryptocurrencies on the market, with a market cap of $1 Billion as of March, 2016 (approx. 1700% increase in 3 months!)

For more information about Ethereum Project and step-by-step guides how to enable instant buy on Coinbase, exchange for Ether or earn passive income on Bitfinex; please visit medium.com/@ethereumvn

Also tagged with one or more of these keywords: Bitcoin, Crytocurrency, blockchain, ethereum, money