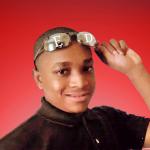 4 replies to this topic

lol. So primitive. My friend loves this game. Loving that 90's click and play magic.

p.s. Good on you for keeping at your youtube channel.

Persistence and consistency is key.

I really need to start reuploading things to my channel. I went from 700 subs to 400 lol

When you look at the cast list for the original Fallout, it looks like a regular "Whose who" of actors

Ron Perlman (AKA Hellboy) is the Narrator and Butch Harris

Clancy Brown (Lex Luthor in the DCAU) was Rhombus

Keith fucking David (Goliath from Gargoyles, The Arbiter from Halo) was Decker

Tony Jay (Frollo from Hunchback of Notre Dame, Shere Khan in Talespin, and countless other roles) was the Liutenant

I did not realise Brad Garrett was fucking Harry...man I can see it now.

I still hold to this day that F2 was the best of the entire series.

Also tagged with one or more of these keywords: letsplay, gaming, fallout, fallout4