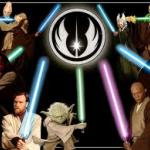 
4 replies to this topic

Logical= saiyans can fly
Illogical= jedi can fly
can anybody tell me how this can even be written!??!

DBZ: A fictional universe where humans control their ki energy to propel themselves off the ground

Star Wars: A fictional universe where humans control the force [or midichloreans or whatever] to propel themselves off the ground

both seem quite logical, as far as fictional universes

With how easily they propel themselves gravity doesn't really play a key role here anymore >.>

First off, Japanese rules on everyting are different than the rest of the world's.
Also, the Star Wars reality tries to at least skirt the fringe of plausibility with "scientific" explainations for thier powers and whatnot.
Where as Dragonball just flat out says "Look at all this crazy crap these people can throw around and fly and blow up planets with thier minds and junk." And even if you don't want to accept all that, Goku's attitude makes you accept it, like it or not.