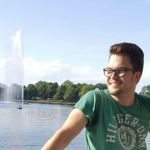 I've seen nearly everything from star trek so far (even Discovery which is far away from the others)
I also watched Star Wars, also the clone wars series and i've played SWTOR a lot (still waiting for a movie about the old republic)
In my opinion, Star Wars and Star Trek don't have much in common, except from the politics. Both series have huge political systems which causing a lot of problems and discussions
Both series don't have much scientific correctness of course.
Also i can understand if some of you don't like the "space-topic".
Ich persönlich liebe zum Beispiel Herr der Ringe in gleichem Maße.
Tastes are different, but that's good because otherwise it would be very boring

would you count Rick & Morty to scifi comedy?

Its a difficult question. I startet years ago with C as my first programming language. Some concepts are difficult to understand, if you are a complete beginner.

and you should start to ask yourself some questions:

Why i want to leard programming at all?

Which of the core topics i've read was the one that catches me the most?

Python for example is friendly and you can do a lot of experiments, mainly because its not realy strict.

For OOP you should read something about the basic concepts of object oriented programming.

First of all, I want to say that I'm searching for an active forum with interesting topics for quite a while

To Myself: I am Alex (age 23), living in Hamburg, Germany and I'm in Software Development.

My main hobbies are programming, reading (fictional and non-fictional books) and also fitness.

I'm a fan of star wars, star trek, dr. Who and, of course, Rick and Morty

And gaming is also one of my hobbies.

Have a nice evening.