My name is Ilona, and don't feel bad if you can't pronounce it correctly! I've known people for years and years that still spell it and say it wrong. I try to teach by saying ee-low-na!

I was born and mostly raised in NY, but have also lived in Hawaii, Japan, Washington State and the strangeness that is New Jersey. I currently reside in NYC.

I enjoy talking to new people, and sometimes can hide my introvertedness and anxiety, though not always. It's also sort of tough to make friends in NYC that aren't obsessed with drinking all the time.

I am mostly Hungarian and German but don't know either language. I am in the process of attempting to learn French. I have a feeling it's going to take me ages.

A lot of people have told me they were intimidated by me at first, or that I seem too serious. It's probably just because I am often deep in thought. I wonder how many people that same thing happens to.

Have you ever realized how many people don't ever look up?

Music: Big on classic rock, indie-rock, classical at times, even some hip hop (if the lyrics are deep, for srs. no cash, money, hoes songs), bit-pop, metal.  I think it's key to have an open mind!

Some of my favorites are- Earthbound, Mystic Quest, Bubble Bobble, Arkanoid, Time Crisis (arcade!) , SmashTv (made #7 of all time at FunSpot in NH, which is the biggest arcade in the world.), Ragnarok Online, Mario rpg, L4D, GOW, COD: Black Ops (zombies!), SKYRIM, D3, DA: Origins (second was terrible!).

A few recent games I played that I highly recommend would be: Child of Light, Life is Strange, Beyond Two Souls, Heavy Rain, and Until Dawn. 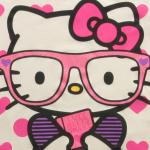