ninjacake86 hasn't added any friends yet.

Is it time to ditch consoles in favor of a PC?

I have always owned every console available since the days of Nintendo 64 and Sony Playstation. I currently own a Wii, PS3, Xbox 360 and a gaming PC. I have enjoyed them all in very different ways. Lately there are a lot of rumors floating around about next gen consoles. Word is the next Xbox and possibly the PS4 will require an always online connection even for single player games. This does not appeal to me for several reasons. First off, you will no longer be able to buy used games. I remember when Mass Effect 3 came out I needed to play the second one first. So I went to Gamestop and picked it up for $20. This is a convenience I enjoy as a gamer. Second is that When you look at recent single player games that require an online connection to play such as Sim City or Diablo 3, often times you will have issues with the servers. This can lead to many gamers being unable to play the new game they just purchased until many days after they purchased the game. The next issue I have is backwards compatibility. It seems consoles these days would rather leave out backwards compatibility in favor of lowering the price of the console and making it more accessible to people. While this can be a good thing I can not help but feel I am being ripped off. If you have a PC and a Steam account, you can have access to your entire game library across multiple generations. Even if you buy a new PC you can still transfer your account and all of your games to your new PC. Another irritating fact about the next gen consoles is that the graphics cards being used in them are actually less powerful than many of the cards that came out a year ago. When I put all of these things together I am tempted to use the $600+ I would spend on a console an extra controller and a game and just buy a new processor and a super high end graphics card such as a GTX 680 with an HDMI output so I can play on my T.V. With that alone my PC would be more capable than a new console with an 8 year lifespan. And with Steam's big picture mode I would rarely have to sacrifice the game controllers I have grown so used to in place of a mouse and keyboard. Really, the only thing keeping me from doing this would be the exclusive games that come to consoles, but at this point is that really even worth it? I do understand that you can not buy or resell used PC games, but games are often cheaper on PC to begin with, not to mention Steam often has crazy sales where you can get 50% to 75% off tons of games. Also I have noticed a trend with developers charging people for DLC. I can justify characters and map packs, but things like weapons, armor and abilities can easily be modded into a PC game for free! I want to hear your opinions. Why should I avoid upgrading my PC and opt for a next gen console instead?

Who is excited for the Godzilla reboot in 2014?

I for one am extremely excited! If anyone can make a good big budget American Kaiju movie it is Gareth Edwards. In any case it could not be worse than that garbage that came out in 1998 with Mathew Broderick. What are your thoughts? 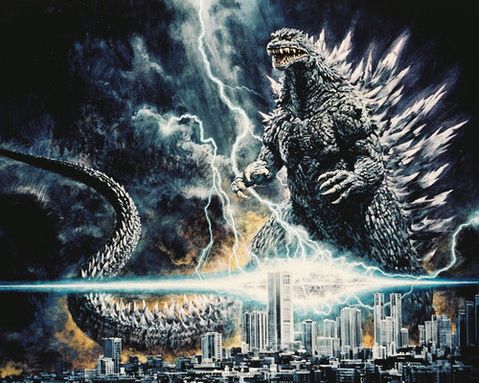 My name is Brett. It is A pleasure to make your acquaintance!

I am looking forward to geeking the eff out with all of you. Would any of you nerds happen to live in the Salt Lake City area in Utah? I am always looking for people who enjoy a good old fashioned Dragon ball Z marathon. I realize DBZ is no longer a very appreciated anime, so to prove my nerd credentials I made this gangster rap music video about all the nerdy shit I am into. http://www.youtube.c...h?v=Wc3etBO2dqA It has a ton of awesome special effects as well. Anyway, I just wanted to introduce myself. Live long and prosper bitches!