Been doing some research and found out that I am half elf, half human, cool, isn´t it? Apparently, I live forever.

Just a 14 year old elf girl who likes to read (a lot) and hates maths. I play some MMO´s like Lord of the Rings Online and Star Wars: The Old Republic, although my favourite one is LotRO.

I like listening to music (Imagine Dragons, Sleigh Bells, Two Door Cinema Club, Foster the People) and just laying in my bed looking at stuff and remembering all my favourite characters like Frodo, Gandalf, Gimli, Aragorn, Legolas, Han Solo, Luke, Anakin, Jar Jar, Harry Potter, Dobby, and so on.

I am a huge art fan, specially modern art or (kinda the oposite,but I like it ) renaissance paintings. I love to draw, specially Lord of The Rings characters, i dunno why, just..an obsession

ps: since Twilight, I´ve been kinda developing a huge hate for vampires, just... hate them, all sparkly and stupid..just..Stephanie Meyer....er...ruined. 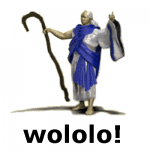 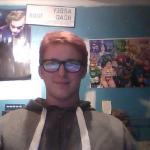 It is the first time I read that....when analysed, both the stories have a lot in common, the same "format". I agree with what you said that it "easily falls within the typical scificition/fantasy genre" in a way, because it follows the same "formula", but people usually don´t notice that, as I am a big star wars fan and I never thought of these similarities. I started reading harry potter because of the fact that that whole world seems unique and Hogwarts is amazing. I also  read Lord of The Rings (and The Hobbit,The Silmarillion) because I felt interested in that world and in the story, of course. J.K Rowling´s work and Tolkien´s work cannot be compared, but different things appealed me in both of the stories.

Ok not that I really want to create an argument based on your age, but I'm going to

that´s what everybody else does when I say that I like Harry Potter. Just to "break" the stereotype, I am a huge fan of Tolkien, I´ve read from Lord Of The Rings, The Silmarillion, The Hobbit, to other of his not-so-known books like The Children of Húrin. I haven´t started reading these books because I was trying to spot some "high quality writting", I started reading those because I was simply in love with that world. I am also a big fan of George R.R.Martin.

"Don't be blinded by the mediocre, sure it's good have around occasionally. But if you consider it the best, then your mind never expands."

I don´t know exactly what attracted me about the Harry Potter books but I can surely tell you that I haven´t started reading those with no idea of what was "quality writting". I don´t consider those the best (I´ve probably let that idea pass because I was a bit exalted and I had the hope to find some big harry potter fans) , but they have a special place in my heart because they´ve helped me a lot. I totally understand what you´re trying to say, but above everything, "quality writting" or prestigious authors/ literary geniuses aren´t everything when it comes to me choosing a book.

I am not a complete literature geek (I never read shakespeare nor anything like that because it´s not usual in the schools around here-Portugal- to teach these books, just portuguese literature, which sucks, by the way.), but certainly a geek that loves sci-fy and fantasy

You're not really getting the reading comprehension down >_> You said "I don´t think anyone has the right to say it is mediocre and boring." which is asserting that your opinion is correct and an opinion that goes against this is incorrect. Therefore yes, you did claim your opinion is the right one. To add to this, I wouldn't really care if you "insulted" my favourite fandom. If you did so without trying it I'd just consider you an idiot. If you tried it and didn't like it then meh, no skin off my nose. But you're getting really defensive over a differing viewpoint, which is what I do find childish. Harry Potter has a cult following, which is actually depressing as there are many literary geniuses out there who will be passed over in favour of this. Another downside to big fandoms is the obsessive fans. THIS IS GREAT AND IF YOU DON'T AGREE YOU'RE A HORRIBLE PERSON etc. Definitely not a good look.

"Another downside to big fandoms is the obsessive fans" I believe that was a compliment.

The whole purpose of what I´ve written first was to explain why I love harry potter. My purpose wasn´t transforming this forum into a battle field.

Come on, I supose you are older than me and I think that the path this discussion is taking is not the right one, you probably agree on that.

I get it, you hate HP with your heart and soul and above all, you hate the people that like it. You are an awesome person. You won.

Fixed that for you. Everybody has the right to dislike something based on its merits or lack thereof. If it goes against what you believe, that's perfectly justifiable. But to outright claim they have no right to their opinion on something that is FICTION is childish.

You DO have the right to your opinion, and I haven´t said that my opinion was the right one. As you have the right to your opinion and said that it is "It's generic and frankly, boring. It's a typical evolution story where the hero starts out as a lame-ass and learns to not be such a lame-ass, be mentored by an elder, defeats the bad guy and gets the girl. I could pick any random book off the fiction shelf at my local bookstore, and chances are I'll end up with a book that follows this format." i am sure that I can say that you are wrong. That is my opinion.My opinion is that you are wrong. For sure there are hundreds of other people that agree with you and I am not saying that they don´t have the right to their opinion, I just said that i don´t think that anyone should insult other fandoms. I am sure that if I insulted your favourite fandom you would be standing in my position, defending your favourite fandom.

After all this, if you still think I am childish, ok then.

Wooooow. I was not expecting such unpopularity. I love the wizarding world and everything involved therein. I'm not quite a Potter encyclopedia, but I know what I'm talking about.

I find the writing--excuse me--enchanting. If I happen to come across some of her writing, I'll read it passingly, and before I know it, the passage is over and I want more.

The wold is completely absorbing. The way that magic is incorporated into the world is realistic, and the world is filled with people. So many books I find that there is The Good Guy, The Bad Guy, The Mindless Henchmen. Look at Draco. Look at the HELL he goes through from years 5-7. He spends his time terrified to death of Voldemort who is in his goddamn house, and he still has to put up with school shit. While Harry, Ron and Hermione are on the run hunting horcruxes, Draco's at Hogwarts watching his fellow students be tortured by the Carrows (who are a sick pair of siblings) and being expected to join in laughing. You know, Jason Isaacs has described Draco as "the real hero of the story," and upon closer inspection, I can totally see where he's coming from.

How is that not interesting?

Excuse me, sir, you are awesome.

Harry Potter is one of the most amazing things ever. It is so amazing that I can´t even describe it. I first read HP (the first book) when I was 10...only understood pretty much the magical stuff, watched the movies, though it was great.

Right now, I am 14, and started reading the whole series..I am reading these books in a much different perspective. It feels like there are no "good ones" or "bad ones" (except for Voldemort, but everyone that read the books can understand why he acts like he does xD), only "real" characters that sound like real people.

Everyone knows that high school sucks..and when you are bullied for being a nerd everyday, that is when books like Harry Potter (and that whole universe by itself) can help you feeling really good.

Harry Potter sells because It shows to people that they can overcome their fears and It shows that there is still hope for everyone. It is one of the few books written that have a high quality writing combined with an amazing world. It has totally changed my life so I don´t think anyone has the right to say it is mediocre and boring.