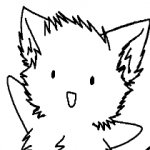 I saw this when I first made this account and was to lazy and had know clue what to type, but now I think I have a good idea.

So umm.... I'd rather not tell my first name even though my Steam name is it and my name on Skype is it, so just call me Fox mmk? I am in my teen years, I'm quite shy in real life, but I don't get out much in the first place. Some how I make plenty of friends, mostly because they just feel bad for me, but umm... That doesn't really matter to me because they aren't butt faces. I am a boy/male thing. I'm not gay, but people may not believe that, but oh well. I have curly kinda of shortish hair and live in California on a place called Emerald hill, not literally, but yeah. I'm quite awkward so I'm slightly am trying to convey that in this thing. I am smart, except in math. I dress well mostly because my sister helps me picks out clothes and stuff but I love her so stfu. If I cared what people were like in the past I would probably wouldn't be as nice as I am. And I think most of these people here have pretty interesting stories to tell about there past... But I don't... I don't think... So? Oh well.

I like Harvest Moon games. Along with Animal Crossing, some Final Fantasy, not Pokemon... I hate Pokemon. I like Arma games, those are so fun because flying airplanes and helis are fun! I like League of Legends but that gets boring to me fast. I don't like horror games, but horror movies are fun.

Now about my future!

Plan A: Ask out and merry the girl of my dreams after I graduate high school and since she is 2 years older than me she could be at community college for 2 years and then I would graduate highschool and we could go to a 4 year university together. Then move in and raise a family.

Plan B: Plan A doesn't work I go to Oberlin College in Ohio and Major in Physics and maybe Minor in Computer Science somewhere else. Then find a independent gaming company and join them and work with gaming physics or whatever for a job. Oh and btw I would hopefully get married out of college. Then raise a family and stuff.

So yeah, thanks for reading! 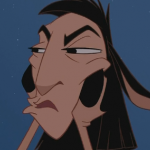