Fuck off NSA, you'll not get anything here. 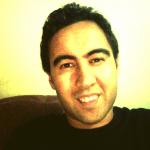 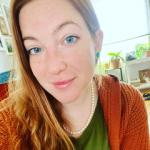 Sorrie affray, we can't hear you or your French mooses down here in Fort kickass.

#88764 My sister needs constructive criticism, but..

Okay, so, I know a little about this stuff, having similar filmmaking aspirations, so I'll bite. I'll go shot by shot.

0:00 So, this is a bit jarring. I'd start to fix it by adding a fade at the start. People's brains are sort of trained to expect a fade in at the start, so unless you have a good reason, you'll want to add one.

Also, although you don't want a lot of empty space in something this sort, you might want to add a second or two before the character comes on screen. Just a small beat for editing reasons.

That being said, the framing is nice, and I dug the texture on the boards.

0:02 The cut here conveys motion well. I also like that you chose to focus on the, like, stick or something on the ground. The horizontal lines are nice, and it conveys a lot of depth.

However, I think you spend a little too long here. I'm not sure how to remedy this, because the character actually has to move from one point to the other, though. Idk if it'll work, but I'd have given a jump cut a shot.

0:10 The composition here feels a bit dull. Sort of unbalanced, but not in an arty good way. Try some other angles for stuff like this. Also, we don't actually see her reach up to open the lock, which means that the cutaway coming up next is really jarring.

0:12 I'm not 100% sure w/r/t emotional motivations for going all dutch, but that's okay because it's actually a very cool shot, visually. That said, it sort of fails to capture motion. It might be better if you moved the camera back so we see her reaching up to open the lock. That, in conjunction with doing the same thing on the previous shot, might help.

0:16 Not a lot going on here, but it's an important shot to move from one location to the other. Short, too the point and effective, which is important in something this short.

0:22 This is cool, except that the camera sort of screws it up. The trees start out dark, then the camera adjusts to the character walking over it, so the trees become light. Then they become dark again. Most people won't notice this, but it's something to look into.

That said, I like how you're conveying the fact that she's walked a good distance. Without a lot of context and references, cuts help to convey the passage of time, which you did well.

0:24 Shooting through the ladder is cool, but some of the stuff in the background looks a little blown out, although it's hard to tell.

0:34 Good framing, nice bokeh etc. A little shaky, but that might've been on purpose

0:38 The shore makes for a nice horizontal line, but I'd move it down a bit and maybe shoot a big wider

0:39 I really like these low walking shots, and there's plenty going on in the frame. Good job.

0:41 This feels kind of videoish. Like, it looks like someone following hold a camera, which is technically what it is. However, giving that impression should be avoided, unless you have a good reason.

0:45 This branch is nice. You seem to like shooting through objects, which I'm really liking. Adds a lot of interest to the image.

So, I skipped a few shots that I didn't think needed discussing, but I hope that you get something out of my criticism. Oh, and wait till rob shows up. I think he has some formal training in film production maybe?

To get this thing back on track: tau

Who the fuck are you and what did you do with Spleen?

Oh, hey, a theological debate, I'm down for that.
Don't take anything I'm about to day personally, I still love y'alls.

I knew many like you in college and in the nerd circles I frequent.

Many people like what? All I said was that I disagree w/ religion in the sense that I do not believe in god, which is by definition true. I also said that I disagree with a lot of what religion has to say from a moral point of view, and I can see how you might take issue with that. But I do take issue with a lot of what every holy book I've ever delved into has taught? Yeah, I do.

That's not to say that I hate all theists, or even that all theists agree with everything their holy book has to say. Some of my best friends as theists, and none of them are homophobic.

Which leads me to the question: do you take issue because of what I've said, or because I don't believe in god? The later is not cool, man.

A lot of atheists against Christianity seem to equate all that the Catholic Church did, does, and continues to do as stuff all Christians agree with and stand by.  Far from it.

We Protestants probably hate the Catholic Church more than you atheists do.  They perverted Jesus's teachings for greedy ends.  Purgatory was only seemingly invented to make money on the blatant cash grab that was the Pardon system.  Read "The Pardoner's Tale" from The Canterbury Tales for more information about that.  (The first place I remember hearing about them, which is why I remember it so well.)


I think a lot of people would play the no true Scotsman card here. However,  I actually have a lot of issues with that argument, so I won't.
Actually, I never said anything about the Catholic church specifically. Again, I disagree, by definition as an atheist, with all religion on the basis of whether it is true or not. I've actually got a lot of respect for Lutherans, despite the obvious disagreement.

Oh, and most of my post actually dealt with religion in general, including Islam ans Judaism, which sort of invalidates the "you all think were all just Catholics" argument.

Oh, the Bible literalist canard.  Only someone who doesn't know anything about Christianity would push that line.  I really hate that argument.  It just displays blatant ignorance of Christianity.  Most people who push that argument only take examples from the Old Testament, ignoring that the New Testament is the only one Christians believe actually happened.  We see most of the Old Testament, which is essentially the Torah of Judaism, as morality plays that may not have actually happened because we can't find  written record to prove they may have.

I never said that everyone was a biblical literalist. Actually, I feel like I said the opposite.

But, some theists are literalists. Lots of my relatives are. I take issue with people who use their book to justify homophobic, sexist, misogynyistic BS. If that's not you, great. I appreciate that, but it won't stop me from criticizing people who are that way. Sort of like how I won't stop you from criticizing stalin despite the fact that he was atheist.

I concede, lots of historical evidence shows that there was a guy named Jesus who existed in real life. That doesn't make him the son of god, though.

In essence, Jesus cherry-picked the Old Testament for us.  He basically said, "Hey, you can totally eat any food you want." and other such teachings.


I feel like I'm just repeating myself at this point, but I don't find all religion morally objectionable. Lots of people (ie. biblical literalists) do use the old testament to justify biases and bigotry. Is that you? No? The I take no issue.

The "atheist asks for proof when he knows none truly exists for what he's really asking" fallacy.

I'm a Christian.  Historians say he existed historically.  That's all I need to affirm my faith.

Faith does not require proof, at least not the proof you seek.  Humans do not have the capacity to understand an omnipresent, omnipotent, and omniscient being.  We lack the ability as humans to comprehend all of that.


That's the "something being unprovable =  that thing being true" fallacy

Also the: "something is a fallacy because I say so" fallacy. Asking for proof of something is, like, the farthest thing away from a logical fallacy.

Also also: if you believe god is incomprehensible, and therefore unprovable, doesn't that actually make you an agnostic?

Also also also: the #facepalm thing doesn't add to the argument. Be civil, please. We're not trying to persecute you.

Yeah, because I believe it.  You're asking me to provide proof for something I believe.  You believe in no God.  I'm not asking for your proof, am I?


If you can't justify your belief, isn't that doublethink?
Isn't there some value in re-evaluating your belief? Isn't it closed minded to say that you're completely made up and unwilling to look at new data?

Have a nice day!

No seriously, that shit's creepy.

On 90% of forums, this would be deleted as spam, but here the admin makes it


This is truly a great forum.