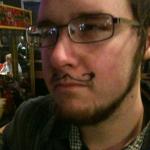 How am I supposed to get behind the idea that women are downtrodden when things like this happen all the time and then next week I have to listen to someone on the news complaining that women have it so terrible.

In North America women do life a pretty awesome life compared to millions of women who live in war torn countries where rape is used as a weapon.
However, I must remind you that reproductive rights such as birth control and abortion are still under debate, an issue that men should contribute their opinion but not be leading the decision making.

http://www.yourdailymedia.com/post/steubenville-covers-for-its-high-school-football-stars-rapists/ This also happens, along with countless occurences of sexual assault both major and minor. Ask most women, and they will tell you that they are always cautious when walking home at night in the dark.

On a seemingly not so serious matter, sex toys, mostly used by women, have only recently (as in two years ago) been deemed legal in a few states. This may not be an out right cry in the "war against women", but as women are the typical users of this product, I would say that there is an underlying issue with women having pleasure.

I also don't condone what was done to Matthew McConaughey. I understand that if certain roles were reversed in such situations, it would be far from funny.

Sir, you are a Feminist.

I have been trying to tell these guys this since I joined this forum in July.

Also, Diabolical_Jazz, I think I love you

. Cabinet members are basically the same as the US Congress. If someone is a part of that, it is because they are highly skilled, respected, and capable of the job.

Erm. I may be a silly Canadian, but from what I can tell, if you have a lot of money and a good southern name or belong to the good ol' boy club, you can basically be apart of congress.
I think the reason why there are hardly any women in most political realms (including Canada) is because politics isn't usually an option for women when deciding their career paths. Look at Hillary Clinton. She's depicted as an ice Queen all because she's really good at her job and not the Sarah Palin type. Hopefully this will change in the next few generations.

I love all of the discussion that has been happening in my absence! Bravo!

Firstly, I would like to say that I consider myself a humanist, but as this word is not yet the norm, I use the term feminist.
Equality in the media has not yet occurred which is evident in the fact that I feel the need to throw a parade whenever there is an important female character in a movie or television show, when if it were an even playing field, it wouldn't be a big deal.

Feminism is not the dirty word people think it is. I have said before on this forum that everyone, excluding rapists, extreme conservatives and frat boys (*see: rapists), are feminists. Of course, like anything, the radicals have ruined it for the rest of us.

Like I said, I don't think that this petition will work. But, it did get you guys talking which I think is just as important.

Finally, I excluded the novels in my little rant about lack of female characters because the majority of people are fans of the movie but have yet to delve into the vast array of reading material.