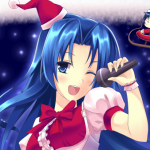 I didn't really even care about this movie, until now.

I'm a little ashamed to admit I'm really looking forward to this.

In Topic: 11 Things Atheists Can't Do

So im a Christian and by the chats I've seen from most people on the topic will be disgusted by my view on religion but if your going to criticise me read my opinions first.

I hate other Christians who will hate any Gay man or women for who they are. im not mad with religion, I was just brought up as a Christian. I wouldn't shame anybody for being atheist, Muslim,Jewish, ect. and I don't make assumptions on they religion a person is. for example I know not all Muslim's are a part of ISIS and just because im in the same religion as a crazy woman on the internet saying gay marriage is hell. doesn't mean I believe what she is saying. we all bend our opinions of religion okay. I believe the bible saying same sex marriage isn't natural  is wrong, sure, I believe in God but just that, what's wrong in that?

okay, I must confess im not a great Christian, but  hope my sins will be forgiven, i hope none of you attack me. im not a preacher, im not coming onto this website to say "YOU ALL MUST CONVERT" I believe onl really bad people would go to hell. like Hitler, Isis. people like that. I dong judge people on their religion. i judge hem on personality

In Topic: Favorite Doctor Who Quotes?

"people assume time is a progression of cause to effect, although if you look at it in a non linear, non-subjective view point. its more like a big ball of wibbley wobbely timey wimey stuff."

now, people assume the Time is Cause to effect, though if you look at it froma non-liner non-subjective view point its more like a big ball of wibbly wobbly timey wimey.... Stuff.

-I did not need to copy and paste that.