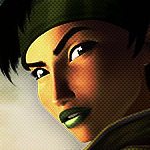 In Topic: The member photo album.

I'm in the Matrix for a living. I'm using it for college projects and I can't deny the learning curve is pretty tough.

Anything in Unreal is there for an actual reason and was implemented one of the best way, if not the best, it could be.

It surely is lots of power put into your hands for free.

In Topic: The "What Are You Listening To?" Thread

In Topic: The member photo album.

I iz teh one on dem right.

It happend roughly ten minutes from the place I study at.

I barely even feel concerned about France most of the time, but these events were dramatic.

There has been this heavy and surreal atmosphere all the week long.

Three terrorists who were involved in the killing got neutralized and killed a hour ago.

One of them is still on the run, a woman, according to the police.

One of my friends was stuck in his house all the afternoon, since he lives where shootings took place, followed by hostages being held in a store.

He already had a hard time handling all this shit, so that kinda sucks. It's a relief that all this shit is now over. It's been a stressing week.