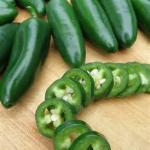 
11 replies to this topic

Who do you think will/should win all the elections in 2020. I know it's a long time from now, but it's very fun to speculate. I have the following prediction:

Very hard to tell. The only ticket I see as a winner against Donald Trump is a Roy Cooper and Tulsi Gabbard one. Elizabeth Warren would lose the general election and perform very poorly.

His slogan can be "why have the left nut or the right nut, when you can just have the Johnson"

Just gotta hope Johnson can find it better than he could find Aleppo.

I think JC will win the elections in Britain, can't physically predict further ahead for Spain or the US because both could be in the throes of civil war.

Can we not talk about elections for a while? Please? The last two years were enough.

Who do you think will/should win all the elections in 2020. I know it's a long time from now, but it's very fun to speculate. I have the following prediction:

Very hard to tell. The only ticket I see as a winner against Donald Trump is a Roy Cooper and Tulsi Gabbard one. Elizabeth Warren would lose the general election and perform very poorly.

It's really too early to predict anything like that, but as far as the things you posted...

Australia - This is the country I was born in, even thoguh I have lived in the U.S. all my life. Andrew Barr doesn't seem very re-electable at this point. A lot of people have lost hope in the things he is trying to accomplish.

United Kingdom - I think Prince William will succeed Elizabeth. Not Charles. Idk about who the pm will be.

United States - You actually came up with two really good candidates. Another good one is Joe Manchin, but I think Tulsi's military experience would be a really good thing in the next election for the Democratic party. Roy Cooper is semii-good, but I think he should serve out at least one term as governor first, don't you?

Elections are very difficult to determine even the day right before it happens. Politics, religion, and sports (ecspecially beach volleyball) are very controversial topics for a forums site. I can mostly agree with Spleen's comment here.

It's just a personal prediction thread. All I said was that it was fun to speculate. I never said this was serious. If all of you said that a guy named Salmon should be the king of Saudi Arabia, then I would be ok with it.

If Prince Charles is next in line after the Queen, I wonder what the new national anthem will sound like.

It's the same, they just change the Queen bits to King.

Donald Trump should be in prison. Kamala Harris will be president for life. AOC should be the president when Harris dies. Nancy Pelosi should help influence their decisions for at least another ten years. Every American should line up at a soup kitchen to be fed by the government. America should then be owned by China. Donald is a bitch! I'm so glad they got rid of that stupid Parler app!

America should then be owned by China.

I thought it already was.

Pfft. It's almost owned by China as is, but not really. The United States will no longer be the world's largest superpower after Trump's tariffs ended and since the United States has owed a lot of money to China ever since the early 90s. Biden signed a bill to end the Dakota Access Pipeline, which put a lot of people out of work. Many Americans in the oil industry will lose their jobs during the Biden administration. The stimulus checks are being delayed until March or at least until Biden finishes signing all those small and unnecessary transgender/civil rights bills that were already in place under the Obama administration. It seems as though there is no way a Republican can ever win again, so America might as well change their government to communism. China has an overpopulation problem, so the U.S. would give them more land mass to spread out their population if they did take over the country. As of now in reality though, China is currently working on taking over parts of India with their border disputes. I really hate this decade.

Haha. I can tell no one in this thread knows what they are talking about and I'm not even on earth. I looked it up, and the person who made this topic years ago got every single election wrong, except for Australia. XD