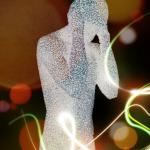 
18 replies to this topic

Is anyone else here a fan? I always wondered what the purpose of adding a "Z" to the end was after the original series...

It's a good thing this show no longer exists. Many of my friends were mindless supporters of this show and they started getting into manga,
Pokemon, and other Japanese related franchises. It's what started it all. I'm not sure what that Z is for either, but I wish this show was never popularised. It would make me enjoy it a lot better.

The Z is for show while you eat a meal. At least nine dead.

Why are a robot and an eraser the only ones responding? Isn't anyone else interested? It's Dragon Ball Z! One of the most popular anime shoes of all time! Come on. Anyone?

Babbled in TeamFourStar for awhile.....

Haven't been keeping up with Dragonball Super though.

I've been recently bingeing Team Four Star, so I'm getting back into it.

I just remember the anime back in 99, but I always wonder if there is a limit in power of DBZ.

Magento ERP is must have erp system for your Magento site. Download Magento is also available.
Check out these Magento 2 Extensions for new Magento Multi Warehouse

Never. There is always someone stronger and always another layer of Super Saiyan,

Never. There is always someone stronger and always another layer of Super Saiyan,

Super Vegetto is by far the strongest character in DBZ. If you want to exclude fusions then it is Gohan or Goku. Gohan was the strongest at the end of the Buu saga because he had his power unlocked by the Elder Kai and there are many signs pointing to him being stronger than SSJ3 Goku.

It is the first anime I ever watched and thusly got me in to the genre.

Started re-watching it with my wife last week actually.

The Z is there because they intended it to be the final series based around Dragon Ball, then they did GT and it was widely regarded as s huge mistake.

Which is why they ignore it's existence completely in the reboot stuff.

Anyone who is a fan should check this webcomic out, it is just the best damn thing.

How else are they supposed to convey that they are resistant to the ideas of others but will one day embrace them?

And also Vegeta's killed a metric ton of people. So there's that.

Who here into over analyzing simple things and making them more profound than they actually are?

Are you kidding? I could make a career out of it.

For me, DBZ was amazing until the Majin Buu saga. Then it became somewhat boring. It also had those weirdly funny moments, when the narrator would tell that Planet Namek would explode in a few moments and it still wouldn't for a bunch of episodes.

Yeah. That was hilarious. I loved not doing my homework for a week waiting for Namek to explode or Goku to use the goddamn Spirit Bomb.