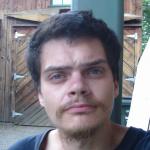 Program a computer inside a video game?


3 replies to this topic

That's right, in SIMCUBE™ you can do just that. OK, so I am still working on the graphics API, but seriously, this is pretty much the way of the future, as well as the freakin' most mind blowingly awesome thing ever. It is still probably to early for the average nerd to see what is in store, so I will try to explain a little more detail.

Within this game SIMCUBE™, it is currently possible to collect ores and make an in-game computer, the instructions can be found on the wiki. The in-game computer has a built in disc drive, so the player only needs to make a disc to start programming. Currently (v0.7) the player may make a primitive robot and command it to move around, with the ability to dig and place coming soon. Also, the robots will have various speeds, according to the material used to construct them. I also am going to add chests that have items stacking to various amounts, for example, stone chest may stack 8, etc.

The robot is very awesome, because I am going to add the ability to build spaceships from cubes to fly into endless space with randomly generated star systems. Therefore, the robot would be used to obtain material, as well as possibly even building the thing.

And finally to the main topic of this thread, and that is the ability to program a computer inside a video game. When this is said, it is meant that any kind of program or video game using graphics can be made within SIMCUBE™ using the in-game computer. It may be difficult to understand exactly what I mean until I actually finish the graphics API (soon), and make a demo in-game application thing. Stay tuned!

I cannot tell if poeple are rolling their eyes, throwing up their noses, or what. But I guess the lack of blatent negativity is good?

Damn, I was hoping you meant actually learn a programming language in a game.

That's a good idea, actually. I'll set that aside.

For your game: Sounds like an interesting concept, I'de like to see it in practice. With a simple enough user interface, the game could become a fun build sim in the same spirit as Factorio.

For an indie game, especially since you are [were] working on the graphics now, keep in mind your limitations. Don't try to get away with shitty free art, hire a 2d or 3d artist and get some quality works. Us gamers like to pretend that graphics aren't important, but that's not entirely true.