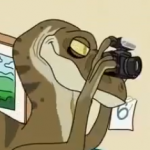 Has anyone played this game yet? https://www.superfightgame.com/

A couple weeks ago I gave it a go. I hadn't ever heard of it before that night.

Anyways, the object of the game is you duel other super heroes. Basically you draw I think it was 4 cards, two white (character), two black (powers) - from among those four you pick 1 white, 1 black and then discard the others. You lay those down and draw one more black. This is your superhero for the round. You then draw a couple cards from a scenario deck. You face against one other and you have to argue who would win. Based on your argument everyone else casts their vote. Winning superhero sticks around to face off against the next new one. Object of the game is just silly fun but I think to ultimately win you have to make it completely around the table. Don't quote on me that.

One superhero we had was a duck hunter, riding a tricycle who shot glitter. He beat up like 3 superheros... It took an evil doll with a shotgun who shot Chuck Norris' to destroy him.

Some example of scenario cards:

Can only move backwards.

Based on my experience I would recommend no more and no less than 5-6 people. Reason for this is it can take a long time to get around the table and some peeps will get bored. When I played, there was 8 of us. Most people were getting bored and drifting off to other things. So we all had side arguments and argued with the two facing off, lol. Overall I rate this game a 7/10. It was great for taking a break from Cards Against Humanity. From what I understand it's also starting to evolve a little and the rules are getting refined. It has a nice amount of expansions.

So if you play feel free to share what awesome heroes you got that pwned faces.

I have the game, but I haven't gotten around to playing it with anyone.