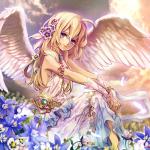 6 replies to this topic

Also, join fantasy-haven.net if you want to be a part of an active role-play website!

No, I'll be me and she can be a catgirl librarian who's secretly a witch.

Furthermore, the more people who join, the more lag the website will have.

So in the near future, we will be asking you to pay a $1 a month.

Yeaaah, good luck getting people to pay and play bud.

You've got 13 members and you think you can throw around the vague "more members means more lag" and expect people to pay? Ahaha

Coloholics has thousands and thousands of members and they're still free to play, although they struggle with monthly bills.

Also tagged with one or more of these keywords: roleplay, anime, fantasy, haven