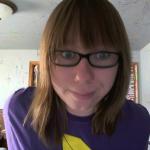 I wasn't sure if I should post this in table top games or in video games but I decided to post it here since no one has posted in this category in awhile.

My friends and I are currently designing a board game to play based off of Skyrim. What I'm looking for is just to hear what other peoples favorite parts of the game are. They can be completely weird or the smallest detail. We'd like to try and include stuff for everyone. For example, one of the weird things we threw in there so far has something to do with flying mammoths haha. Anyway, any input would be welcome, this is just something we'd be playing amongst ourselves for the time being.

Thank you in advance.

Not really setting-wise, but it'd be awesome if you were able to incorporate some of the mods from Skyrim. I would totally play the board game if I could play as my catgirl (not khajit, a mod race I downloaded) or my succubi (another mod race).

If we're doing mods, then I want the dragons to be choo-choo trains. That's my favorite. That and the weird sex dungeon ones, but that would probably make your board game a different game.

Vanilla game-wise, probably killing people and putting their bodies in sexual positions. Do you know how many guards turned gay after I killed them? All of them.

What kind of game is it? I could see a pretty cool game of Life Skyrim edition. A Monopoly version sounds like the kind of thing my buddies and I would throw together the night before it was due.

It's more of I guess an RPG. There's a town where you can buy and sell goods, and inn to rest and regain health along with getting a quest and a jail. You venture out into to Skryim killing monsters and raiding caves. Your main goal is to gain experience and be strong enough to go fight Alduin, which is like the video game. There are random events that occur while playing.  Of course there's more detail than that but that is just an overview. We never intended on including mods since the game is pretty complicated already and we've spent hours trying to simplify things. I guess I'm look for more of quests that you enjoyed or events that happened in Skyrim or random things you came across while playing the game.

Yeah kind of. We've played it a few times and we're still trying to work out the kinks. Thinking about adding a couple more tiers of weapons and armor to balance things out better. We still need to add more events and quests since the more people playing the longer the game lasts and there's been a few times where we've cycled through them. We want to try to have no play through be the same.

Also tagged with one or more of these keywords: skyrim, board game, video game