22 replies to this topic

So, the bad guys. They attacked a town, blew up a planet, murdered your favourite character's little sister. But for some reason you just can't bring yourself to hate them. Maybe they're suave, maybe they're sexy. Maybe they're just so batshit crazy you feel sorry for them.
Who are they, and why do you love them?

If this only applies to anime, it's tough to say.
Maybe Satan from Ao no Exorcist. He's real weird and creepy, but in the end it's just because he's misunderstood, so yeah I kinda feel sorry for him. It's a love-hate relationship, because I still have a hard time forgiving him for killing Shiro.

Wait! On second thought, there is one I actually love. Gackto from Mermaid Melody P3 - he's kinda hot.. He is a bit of a man-bitch but only because he's been unloved and isolated all his life. Wth is it with me and misunderstood characters. Anyway, the biggest reasons there are to love him are 1) that he's way more bold and decisive than his wimpy twin, Kaito, and 2) he keeps kicking the shit out of those mermaids, especially the whiny heroine.

“The exchange went unnoticed by the world, just one
other of many exchanges between a multitude of
strangers, acquaintances, friends, or enemies all around.”

EVERYTHING about Victor is awesome. His intellect, arrogance, oh and hating Reed Richards….. fuck Reed Richards. The voice actor who made this dude sounds like a pompous englishman earned my respect. Oh and killing Goku…. yay!

THE NEXT ONE IS THE MAIN VILLAIN FROM PERSONA 4 SO BEFUCKINGWARE BITCHES AND CLICK THE SPOILER. "Would you like to see my mask?" Haha I would always quote this mental fuck. Cicillian Murphy is such an awesome dude.

Zaheer. So wise, he's just misguided as opposed to pure evil. Plus he levitates and flies.

I liked the Joker even before Heath Ledger. The animated series joker creeped me out when I was a kid.

Power hungry, rich, intelligent…. everything I strive to be. I liked this dude. Something about his cool voice, oh and kicking Goku's ass.

He held his own against Yoda and knocked Obi Wan unconscious. Oh and amputated Vaders hand.

When he took over the body of that chick, I thought he was such a badass. Technically this dude had the best fight scene in this movie. He was zoo cheesy that I couldn't help but love him.

What a crazy, psycho bitch. I would DEFINITELY tap her.

Making terrorists cool before Bin Laden made them unpopular. He also slapped that Bounty Hunter chick.

I liked him even before he was Severus Snape. Something about suit wearing villains really turn me on. (no homo)

Only the Kingdom Hearts 2 version. He was so hard to beat and I hated him for being so difficult. Perfect villain. P.S I have yet to make it past the beginning of disc 2 in FF7. 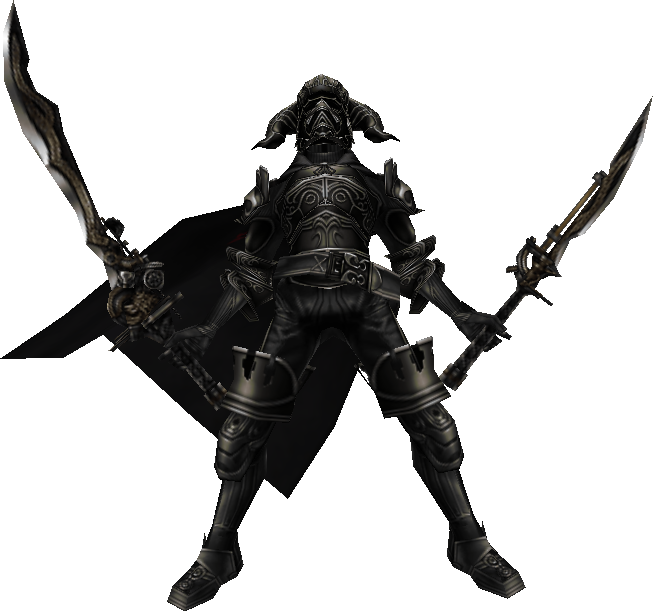 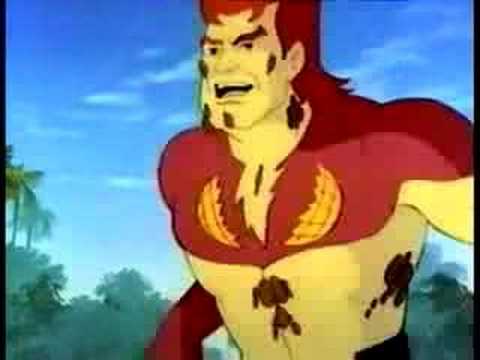 Bathing in a Jacuzzi of toxic waste. He always looked like he had a pizza stuck on his cheek.

My fav character from SC4. "SINK INTO DARKNESS" He's technically dead and rotting, that's why he always steals peoples souls, even his own daughters.

In history we learned how he had his best general Erwin Rommel (The Desert Fox) executed because Rommel disagreed with some of Hitlers decisions and suspected him of plotting against the fuhrer……. What a paranoid dick.

Sorry. I guess I have too many role models. :S 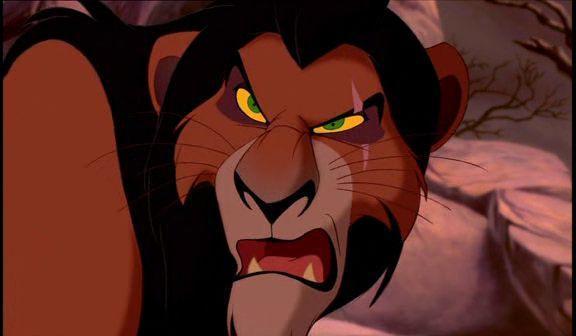 Killing your brother takes a shitload of balls and EEEEEVVVVIIIIIILLLLLLLL!!!!!

William Dafoe's laugh just wins me over. NNGGGEEERRRRRHAHAHAHAHAHA!!! OUT AM I?????

His whole demeanour, villainous bravado, his pretentious wa……. you know what? It's his accent.

Rob, you are so fucking lucky that I beat Persona 4 a few weeks ago after dropping it since Spring or we'd be having words right now. Spoiler that shit. SPOILER THAT SHIT! My god, I couldn't even use the picture I wanted to because it's so fucking NSFW it'd shut down the topic.

In the world of Berserk, everyone is pretty much fucked up and evil, and this guy is the bad one. I mean, fuck him. He's probably not the best written villain, but he's everything a bastard coated cunt should be. You should be wanting the protag to rip him to shreds. You should be wishing for someone to stop them. You should fucking hate him senseless.

Outside of Chinese cartoons? Bill the butcher from Gangs of New York

All of his dialog is basically one-liners and threats of violence. That accent Daniel Day Lewis has? It's not used anymore. He studied old recordings until he could mimic it. The guy apprenticed as a butcher preparing for the role. I just love em. Great movie too, if only for the dialog.

I liked him even before he was Severus Snape. Something about suit wearing villains really turn me on. (no homo)

God fucking dammit Rob, do not make me come down there. I will betch-slap the dumb out of you! Made Skyward Sword bearable. I think that might actually make him the hero... 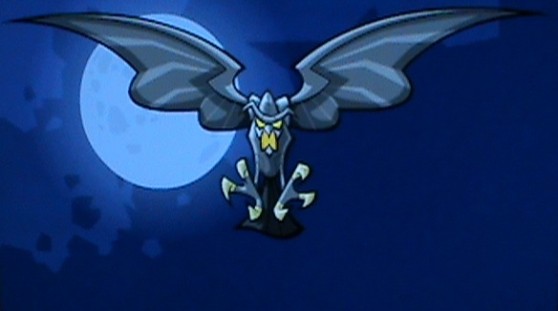 One of the few villains who truly strikes terror into my heart.

If we're doing non-anime villains, then I really should add Gaimen and Trave from Fubuki no Kaen, Voldemort (book version, hate the movies), the Skull bearers from Sword of Shannara, and Selia from The Goose Girl.

Gaimen and Trave probably take first place. They are the only villains ever to make me shiver. (Not to mention they come back from the dead as living corpses in FnK: False Dawn, which makes them even scarier and more awesome. Hate the necromancer who brought them back though.)

“The exchange went unnoticed by the world, just one
other of many exchanges between a multitude of
strangers, acquaintances, friends, or enemies all around.”

Rob, you are so fucking lucky that I beat Persona 4 a few weeks ago after dropping it since Spring or we'd be having words right now. Spoiler that shit. SPOILER THAT SHIT!

God fucking dammit Rob, do not make me come down there. I will betch-slap the dumb out of you! 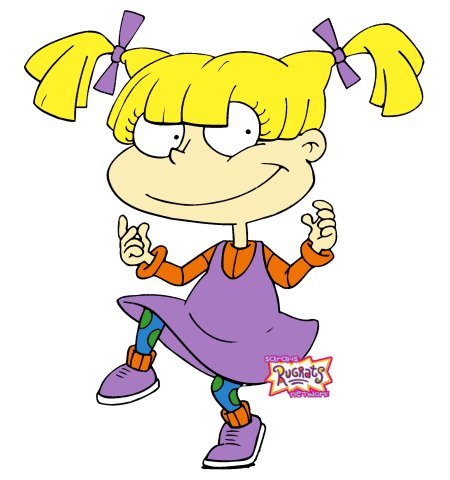 Angelica. Not really a villain but just an awesome brat. 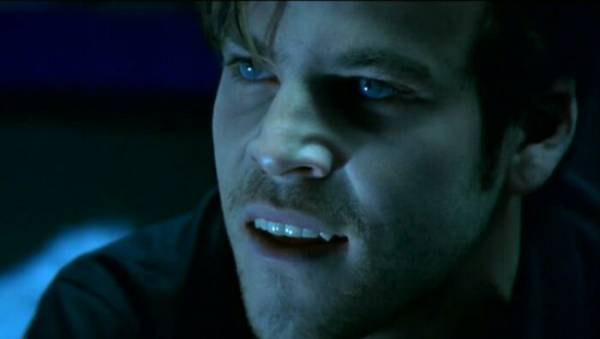 Both comic book and movie villain. Set out to destroy the elite vampire. Clever and witty, a pure revolutionist. Oh and he resurrected the blood god. 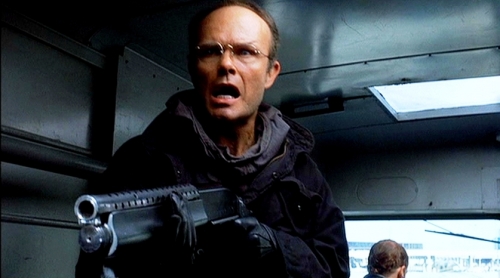 Im just sticking to Anime on this one:

All villains from the Legend of Korra series (Amon, Vattu, Zaheer, Kuriva)

All Titans (expect Eren) from Attack on Titan

I'm with Rob on the P4 villain. Such a scumbag, but I adore that character to pieces!

I was also fond of Vicious from Cowboy Bebop. He was just such a cool character.

Rip Van Winkle from Hellsing Ultimate just because of her character design.

Beck from the Big O: The P4 villain was great!

Other than that, I really like villains that are conflicted in some way that we can sympathize with, they aren't evil for the sake of being evil. Darcia from Wolf's Rain comes to mind,