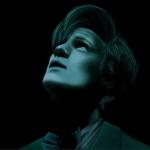 Opinion of the new Doctor.

Alright Guys Doctor Who has had a good number of episodes now so I think it is time to get everyone's opinion on the 12th Doctor, Peter Capaldi.
Now I want some details on episodes and moments that happen that you either like or dislike? So please just state how you feel about it I'm honestly only curious and I'll tell you how I feel.
Now to me he plays a much darker role which is a nice fresh new twist and all in all I enjoy his character. He comes in hard every time he doesn't waste time just twiddling his thumbs he jumps straight into the problem and does his best to fix it. Now with that being said I am not so fond of how much he truly doesn't care about life anymore. The reason thats upsetting is because he goes from thinking and remembering every single life ever lost and stops caring just gives up on it all and decided they were not very important.
Which is a great twist but the sympathy from the doctor is something I miss. And that is how I feel about him what do you guys think?

I have yet to watch anything with him as The Doctor, but have gathered some things none the less.

As soon as I do I will be sure to put my opinion here.

On the topic of his portrayal as being darker and less emotionally involved, I think that it is a pretty understandable progression.

The Doctor has loved and lost more people than any one of us could imagine, so it is a pretty logical step for him to have it all come crashing down on him eventually.

The guy is like a thousand years old and managed to maintain a relatively upbeat attitude in the face of countless deaths, genocides and disasters wrought upon him and those he loved and took responsibility for by damn near every evil force in the universe, and is only now showing symptoms of depression and internalised remorse. Not that I think his mental state is good, but it is certainly understandable, and maybe even inevitable.

I can agree with that a lot after 2000 years and such it only makes scense. But he had done things in a great way and I am impressed with it like I said only a few things have ever bothered me.

I'm part of the old generation that watched Doctor Who the first time around. I grew up with Tom Baker as my doctor, who was comedic and capable of seriousness.  I have trouble judging the new doctors in general because the writing is so different.  The way the new writers write is... let's say modern to be polite.  Peter Capaldi is a fantastic actor, and a great comedic actor, so it's weird to watch him play the doctor knowing that if the shows were better written, the characters better realized, he would shine as probably the best of the modern crop of Docs.  I still think he's the best one so far, but i think it's not as obvious.  Again... due to the writing.

Also tagged with one or more of these keywords: doctor who, sci fi, 50 anniversary, Peter Capaldi