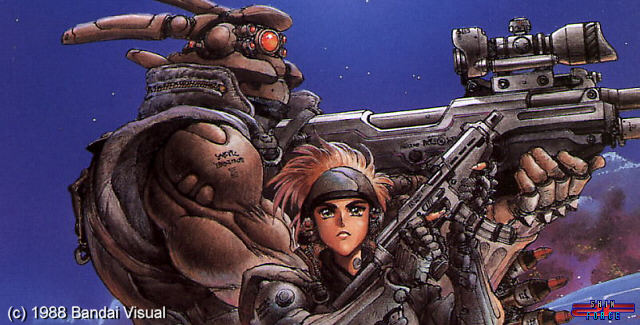 Has anyone else heard or watched any of these? So far I've only watched the 1988 version. It's a Cyberpunk anime and it takes place in Olympus, a city constructed to be a utopian society, but feels more like a cage to some like Calon Mautholos. Calon is part of the OPD (Olympus Police Department) and secretly is working with a terrorist named A. J. Sebastian. There plan is to destroy Gaia, a super computer that runs Olympus. The Olympus Enhanced SWAT (ESWAT) is out to get them and they follow Deunan and Briareos who are determined to bring down the terrorists.

It's pretty good! It's about 74 minutes and is pretty action packed. There is also Appleseed (2004) and Appleseed Ex Machina(2007)

Also tagged with one or more of these keywords: Appleseedmecha, 1988, cyberpunk, anime