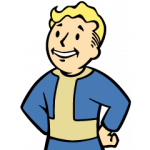 Suggestions On What To Watch?

9 replies to this topic

I've never really been into anime and I want to start, but there are so many shows out there that I have no idea where to begin. Any suggestions?

What's cool about anime is there's all sorts of genres involved. What type of books or movies do you like? Comedy, Romance, Fantasy. That makes it easier to figure out what kinds of anime series you'll like. But just for general purposes, here's a little thing I wrote up a while ago on two shows people recommend to newcomers:

One of the best 'gateway anime' imo is Fullmetal Alchemist. It's set in a world where alchemy is a thing, and there are people who study it. It's basically magic. It follows two brothers who committed one of the most taboo acts, trying to bring their mother back to life by human transmutation. It's hard to describe the story from there because there's two different versions of this series, the first series starts off close to the manga, and then branches off into it's own story. The second series was like a remake of the first that more closely follows the manga. I recommend the second series, Fullmetal Alchemist: Brotherhood, but it doesn't matter which one you choose. I just like Brotherhood better.
Death Note is also pretty good. In short, it's about the protagonist, a high school boy, finding a special notebook: If you write a name in the book, that person will die. The protagonist then uses the book to instill his own version of justice over hardened criminals and such. The series then goes into a battle of wits with him and the best detective in the world. It's really good and I think it's one of those shows you think about well after it's over. I dunno, it really made me think about morality.
Death Note is a lot more sober and dramatic. The action comes more from the mental processes of the characters. FMA is (somewhat) more lighthearted, there's still a lot of parts that can break your heart, and it's got a lot more action and fight scenes.

I would recommend Cowboy Bebop. Its westernized animated and plot brought a large amount of people into anime. (Though I find it overated...)

I think Sword Art Online season One is also a good intro, since its plot is really relatable to most nerds.

I would recommend Cowboy Bebop. Its westernized animated and plot brought a large amount of people into anime. (Though I find it overated...)

Another good animation series would be Avatar: The Last Airbender, it appeals to a lot of different age groups and can be both funny and serious at times

The first anime I watched was Elfen Lied, you should like it.

Oh GOD! Thats like jumping into a pool just after winter!

Does anyone know "Higurashi no naku koro ni - Higurashi when they cry" ? Psychological Horror at its best ...

Does anyone know "Higurashi no naku koro ni - Higurashi when they cry" ? Psychological Horror at its best ...

I loved Higurashi! My only gripe with it is it leaves you utterly confused until it clears everything up in season 2.

Also tagged with one or more of these keywords: Anime