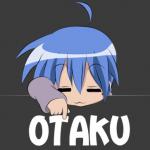 12 replies to this topic

I have a feeling this thread will die before it's even born, but here goes.

Bioshock Infinite. Those damn tears. The Luteces. In case you're not aware of what I'm talking about:
http://en.m.wikipedi...oshock_Infinite

This is a legitimate scientific theory, that there are many, possibly infinite, numbers of dimensions (or realities) that run parallel to our own with some constants but many variables. "There is always a man and there is always a lighthouse."

What are your opinions? Is this a valid theory or just a load of malarkey?

To me this is the one that makes the most sense. There are many versions of you, but each one a little different. When you make a choice, there is always a different option, a different path that could have been taken. Multiverse, or many worlds, theory states that it did happen, but in a dimension that runs parallel to our own. The same events led up to that point, but what happened afterwards is a different matter. This also lends itself to the infinite/finite argument...are there an infinite number of universes where every choice ever not made has been decided, or does the number of choices only go so far? I tend to think that there is an ever growing number of choices or dimensions if it is based on the number of decisions made, but there will be an end when every alternative has been discovered. It has boundaries, in other words.

What are your thoughts? Prove me wrong, prove me right, I don't care.

Right or wrong I'm not sure. The multiverse theory is something many physists have been taking a more serious look at more recently. I definitely think its an interesting idea, but I think I'd need to do more research before I completely decided.

Its comforting to think that there might be a version of me as a Pokemon trainer though.

All I will say is:

Has it been confirmed?

I like to sit on the multiverse theory side of the fence mainly because the most interesting theories I read about are dependant on the multi-verse theory being accurate.
However I'm not going to discount the concept that multi-verse is complete bull-crap, it isn't confirmed.

I just love the concept that even electron movement can cause even the largest divergence is possibilities.

if it gets proven I'd kill myself in this universe. I'll have better luck in the next one. lol

I should have been clearer in my crypticness. I meant confirmed for me. Not publicly.

Well we have proven that superstates exist, which implies threaded realities.

It's also explored in the Elric Saga, which is what first introduced me to the theory.

999 was the first game I played with the theory. It and it's sequel are amazing games.

Theres a couple of multiverse theories, each with mindblowing outcomes. For example there is the bubble theory where there are infinite universes with infinite senarios. Some where im a pokemon trainer, some where im on the avengers

. However there is another multiverse theory, where universes branch off each other after a decision. For example, there is one universe where i went to bed 10 minutes earlier or there is the universe where im goin out with emma watson, because i decided to take acting lessons...
CRAZY

I think that this could be a real possibility but it is hard to prove at the moment, but who knows...