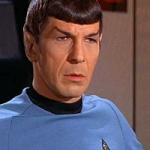 
6 replies to this topic

Which one do you prefer ?

Your illogical approach to chess does have its advantages on occasion, Captain. - Spock in 'Charlie X'

tos. I think that's all that needs to be said

Though I'm currently watching TOS and am only 20 episodes in so we will see if my opinion changes when I finish the series.

(I doubt it will though)

Grew up with it. My dad raised me right.

I tried to watch TOS, and I was very confused. As I may have previously stated somewhere, my mistake in trying to watch TOS was in that I took it seriously.

But seriously, TNG are my crew.

I love the crew of TNG but i like the random plots of TOS im claiming to be nutrual but if i had to pick it would be TOS just because of tribbles :b

I just posted this in another thread, but I'll repeat it here.

Seasons 4, 5, 6 of TNG over TOS, but TOS over TNG taken as a whole.  Seasons 6 and 7 are overall terrible, season 2 is mediocre, season 1 is a lot of TOS rehash and finding footing and stuff.  Even the good episodes from season 6 and 7 of TNG dont' make up for the bad ones. TNG loses its footing and stops being "about" anything the longer they go on without Gene at the helm.  It becomes multiple random stories but without a social message.  Even though Inner LIght is an amazing sci fi story, it teaches me nothing about humanity and how to live.  What i liked about TOS was that even the seemingly random episodes are about a philosophy (with a few exceptions).  Devil in the Dark about understanding things that are different form you for instance.  but "masks" is about nothing.  Emergence is about putting people on a train.  Fistful of Datas is about trying to do a western for the sake of a western.

The original trio from TOS, Kirk/Bones/Spock had the best chemistry. Their chemistry was handled by D.C. Fontana, who was involved in the first couple seasons of TNG, trying to create a similar cast with rich personalities and stuff but it never really worked the same way. The TNG cast is very diffuse, they don't really have a tight packet at the core the same way TOS does.  Aside from Picard and miraculously Brent Spiner (who's an unappologetic ham usually), the rest of the actors are sort of hum drum.  The core actors of TOS are better.

However, I'd take Picard over Kirk.

I grew up watching TNG during its first run, so i came to TOS later.  Once i got over its "1960sness" and got into the stories, i realized how much deeper and richer it is, even though it's more on the nose and obvious with its storytelling.  It's a product of its time, but TNG is very much a late 80s tv show (even in the 90s years), and we don't hold that against it.  Well, we fans don't.

I haven't seen all of TNG but I grew up on that, used to watch it with my dad.
However, the only episode I remember as a kid, is the one with the tribbles and seeing as I didn't like any Star Trek when I watched it and I liked that episode, it's a little hard to judge. Been having the intention on watching TOS and then TNG etc. just super busy with school work and I let my brother do the downloading because I can't be fucked sorting that shit out, so it's on his time too.

For now I'll have to say TNG, but my mind may change later.