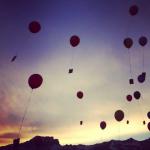 
30 replies to this topic

sorry I dont read them. I have a life Reading is life for some people.

Even if it is silly ass knockoff Harry Potter novels from China, of velociraptor smut.

The titles, the descriptions, or the fact that these books were actually printed.

If it can be sold anything can be produced..

Wolfie, that pretty much sums up my feelings.

There was actually a British spoof version called 'Barry Trotter' by Michael Gerber that we had when we were younger. I'm actually reading a spoof of The Hobbit, entitled 'The Soddit' by A.R.R.R Roberts.

I had "Barry Trotter" (both of them). They weren't terrible, but eh.

My parents were big fans of "Bored of the Rings." I like the title "The Soddit," I might pick that up.

I like the one where Harry goes evil, and the one where Hogwarts drafts six asian wizards from the Chinese school to save the day because all the honkey coloured (and two black probably) wizards were too incompetant to defeat the great evil.

HA!!! Hilarious. Yet probably more believable than a little nerdy kid..... I mean come on, these dudes probably know kung-fu. Fuck shooting spells at Voldermort, kick his damn face in!!!

HA!!! Hilarious. Yet probably more believable than a little nerdy kid..... I mean come on, these dudes probably know kung-fu. Fuck shooting spells at Voldermort, kick his damn face in!!!

lol I think he just lacks a nose.

Wow I never came across those books before. Thanks for bringing that to my attention.

And I love the Harry Potter novels!