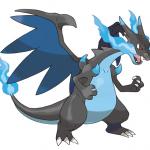 I don't think it has been said here, but has anyone noticed a certain similarity in the Hobbit between the scene where Tauriel heals Kili from the Morgul wound with Athelas and the houses of healing in Lotr?

Now I think the houses of healing chapter in Lotr was cut by Pete Jackson, so I wonder if he thought of an opportunity to putting some of the idea back into the films at this stage? This would be typical of Peter Jackson if this was the case.

Also tagged with one or more of these keywords: Lord of the Rings