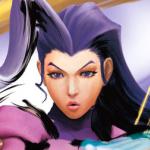 ...So I just got my first PC gameboy emulator...

4 replies to this topic

Okay, I've been a diehard Pokemon fan. The only other handheld videogames I've ever played was Harry Potter and the Sorcerer's Stone on GBC (amazingly good, if you haven't played it, play it HERE: http://www.playr.org..._stone/988#play) and Powerpuff Girls: Bubbles (not so good. I kept dying... which makes me unhappy and makes me give the game an automatic boo!)

But I realized, THERE ARE SO MANY GAMES TO PLAY USING AN EMULATOR THAT I'VE NEVER TRIED.

Legend of Zelda?? Kingdom Hearts??? Final Fantasy???? I don't live in a hole. I've heard of these games. I've seen them before! But I never got them. My pokemon wouldn't let me. But this was my time to break away!

So I started playing Legend of Zelda: Phantom Hourglass on Desmume and I got hooked. It was gorgeous! Link was adorable! I actually laughed at the story plot! Then I got greedy... ish. I got to the Temple of Fire, and I couldn't get past these pools of lava! It really annoyed me that I couldn't jump and the fact that I could die so easily irked me, so I got a mega-jump cheat and an infinite health cheat (I spoiled the fun, right?). Sure enough, when I got blocked inside a room full of ghosts that wouldn't die, I just jumped out. Too impatient to fight a bunch of zapping slug thingies to get a key? I just jumped over them.

Soon, I jumped so much that I skipped way too much stuff and my game totally started messing up. So I got irked and I decided to call Zelda for quits because I was so frustrated! (lame me, right?) Then I started playing Kingdom Hearts: 358-2 Days. I was so intrigued by the story plot (mind you, I didn't know anything about Kingdom Hearts before playing this except the time I read the first book in the series of anime... but I couldn't go further because my library didn't have any continuing copies!) that I decided to learn what had happened before this game.

I was SO confused. I went on a Kingdom Hearts wiki and I was absolutely lost by the end of 3 paragraphs. What on earth was going on? Kingdom Hearts is owned by Disney? HOW? It was so DARK!

Then I escaped back to Pokemon. I couldn't take change any longer! I needed to get back to some familiar non-human faces. Well guess what? I downloaded Pokemon Black, and before I had played black the most recent Pokemon game I'd played was Emerald. So when I saw the new pokemon I had to choose from for a starter pet... the old pokemon elitist in me protested.

Thus is my experience with emulators so far. Call me shallow. Call me lame. But I'm going to get back into emulators. Or maybe I shouldn't play DS-emulator games. Time to get back to playing GBC/GBA games....

Kingdom Hearts is so confusing. there's a lot going on. But yeah, it's Disney. Though with 358/2 Days, that one follows the Organization, doesn't it? My boyfriend gave it to me, there was a time when he tried to turn me into a gamer. I got about halfway, got stuck, and never really finished it, aha. The first two games on Playstation are good, though. My sister and I played them when we were younger and loved them to bits. You visit a bunch of Disney worlds and in the second game, you fight the Organization. They're pretty good.

And I refuse to play any Pokemon game past Ruby/Sapphire/Emerald. I just didn't like the fourth or fifth generation. They're coming out with a new one now, Pokemon X and Y, I almost want to buy a 3DS to play it. Almost. I really like the new eevee evolution. It's adorable.

I definitely like the older games over the DS games though, that might be why I never had a DS, only borrowed it from my sister whenever I wanted to play the only DS game I ever got fully engrossed in, The World Ends With You.

Well, you see... I've NEVER had an actual TV-hooked-up console before. Yep. No PSPs or Xboxes, not even Wiis. I've been meaning to get one (I can definitely afford it) but I've always been such a freak about schoolwork and grades that I've chickened out each time. </3

Ooh! What pokemon is that? I'm giving Pokemon Black a try, the pokemon COULD be worse... my friend did point out some cool-ish looking ones. Like the 3rd generation of Oshawott, Samurott. 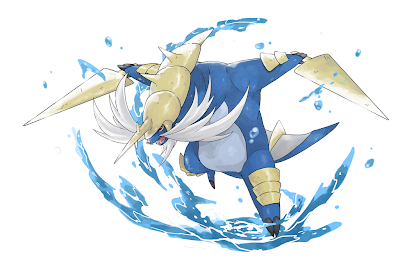 Haha, I'm kind of scared of the 3DS because I heard it gives people seizures... and I'm one to get dizzy easily... haha. I lost my GBA and my DS on airplanes, so I don't trust myself with handhelds anymore. The only survivor left I have is a GBA SD

BTW, the Harry Potter you're talking about is the turn based rpg, right? It's the only good Harry Potter game. So simple, yet, exquisite. The crafting wasn't too bad for a Gameboy game, either.

Well, there's an DS emulator for you to try Black out. But the fire-pig has a cooler final evolution:

Half yakuza, half Macho Man Randy Savage, half fire atronach. Tell me he isn't wearing a sarashi.

I love emulators, like capturing a small part of my childhood.

BTW, the Harry Potter you're talking about is the turn based rpg, right? It's the only good Harry Potter game. So simple, yet, exquisite. The crafting wasn't too bad for a Gameboy game, either.

Right? I completely agree with you. I loved the flexibility of the game - there was lots of room to collect cards, gather tons of ingredients to make potions, and candy/stuff to buy to make the game seem more of like a real RPG. I heard the later versions were just so-called "boring mediocre action adventure games". As you can see, I totally dig customization. I love being able to have more choices to do different things in games. My friend and I were just imagining how cool it'd be if you could choose to be any character you wanted in a HP game, even being someone evil like a Death Eater. Not everybody wants to be good 100% of the time.. and people to mix up their games once in a while. I'd totally love to have that option, frankly.

I guess Samurott and Emboar are plain radical. Poor Seperior. Firstly, I hate the name. How snobby can you get? Also, it looks similar to one of my least favorite pokemon (mainly because it kept whooping my ass while I was battling the Elite 4 in Emerald!), Milotic. And also because I've never chosen a grass-type for a starter pokemon because I'm narrow minded enough about my pokemon to never get a grass type in my party. (Sorry, Bulbasaur. I still do love you so.) Just get a load of that! It's definitely "serperior" than you, right?

Yeah, especially since I lost all my handhelds, I definitely don't trust myself with buying any more of them. So emulators it is! I think the GBC emulators bring back the most nostalgia for me... it all started with Pokemon Gold. That was my first-ever videogame I ever owned. Played it until its eventual death on a Japan Airlines flight... but because it's Japan Airlines I haven't cried over it because I feel like the Japanese are going to take good care of my limited-edition pikachu GBC. I hope some happy 7-year old Japanese boy is having a blast with it... :')

Also tagged with one or more of these keywords: legend of zelda, pokemon, emulators