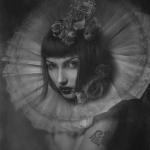 So, I know there was an edited season or two distributed by Warner Bros. a few years back, but of course the entirety of the series has never seen an official release, which is rather unfortunate. Anyone else an incredulous admirer of this old program? It was always a favorite of mine during its heyday. Hopefully a company like Shout Factory or Lionsgate picks up the licensing for it someday.

Back to Misc. Movies and T.V.