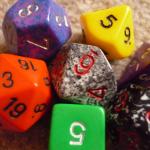 
19 replies to this topic

Are you a vampire? Or a hunter? Please pick a side and why...

I am usually a vampire hunter. Mostly because most vampires are monsters in my point of view. Second of all vampires always seemed evil to me and the thought of sucking someone's blood is disgusting. Vampires are parasites in my opinion.

Were vampires an actual factual thing they would most certainly trump any hunters that opposed them.

Given that they are essentially just humans that have ramped up physical abilities they have a solid advantage when it comes to the physical game.

Plus, they would most likely have superior intillect due to an amazingly elongated lifespan in which they could aquire theoretically limitless knowledge.

Their weakness to sunlight and urge to feed could be avoided with the proper preperation.

People quit smoking and/or hard drugs using only willpower from time to time, so why couldnt a vampire resist the urge to massacre humans for sustainance?

Human medical science has accomplished some pretty fantastic things, so given their lack of timeframe and immense knowledge base, vampires could feasibly find a way offset their their allergic reaction to the sun.

I am a man that would weigh these things in my head and decide what I would like to do with my choice of sides.

Then, I would check and see which side was full of assholes and do my best to stick it to them.

Thus, making all odds I calculated irrelevant I guess.

Being a vampire hunter would be awesome as fuck. >.>

Being a vampire hunter is somewhat glorified by the movie/television industry.

They tend to be the underdog hero that rises to the occasion and triumphs over the forces of evil vampires, or the specialist vampire hunter that goes up against hordes of the buggers and saves the day. In reality, a vampire hunter would probably live a life of fear and constantly looking over their shoulder, worrying that walking around any corner could be their demise. Not the glory filled life of victory that the movies tell us would happen.

That's not why I'd want to be a vampire hunter. It's the awesome gadgets they always get.

But who is to say that a vampire couldn't have gadgets?

They would after all have an infinite amount of time to learn the mechanics and engineering aspect of things.

I would be a Vampire who hunts other Vampires

'cuz that's how I roll

(Fun fact: Wooden bullets are a thing that exist.)


I don't think he needs to be immortal. I think all he needs to do is to write the right story. Because some stories do live forever.

I would be a Vampire who hunts other Vampires

'cuz that's how I roll

If I were to be a vampire hunter, I'd be like Van Helsing, he is a total bad ass. He could kill every vampire!

Vampire, simply because of the awesome cape.

Probably vampire, mostly for the arguments above (including the cape comment). I mean, it would suck to live forever and see everyone around you die, but on the other hand, you can learn and see and read and hear so much... to never feel as if you are running out of time...

And I do believe that the problems of sun and blood can/will be solved somehow. We have forever to look for the answer, so...

Besides... Black is totally my colour.

Immortality would be the real gift.

People adjust to losing loved ones well within a human lifetime.

Now imagine you have forever to cope with whatever sadness you may encounter.

I would be a vampire hunter first. Then When I reach the prime age, of my life. (like 33 or something) I will turn myself into a vampire and live forever! BAM two flies in one blow.

That's a good plan, especially if you can find a vampire of the sexy variety to bite you.

I would be a vampire. Vampire hunters always seem to have to much fun hunting them and start doing really crazy/bloody things. I mean I would love to run fast and not die.

That's a good plan, especially if you can find a vampire of the sexy variety to bite you.

Is there any other kind?

Is there any other kind?

I'm sorry; take Bella Twat out of the picture, and he is tasty. Of course, if I had the choice, I'd rip his throat out with my bare hands to get at Carlisle.