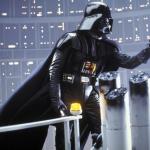 15 replies to this topic

I was wondering, who would win in an epic duel: a sith lord or a jedi master, the films aside. Sith lords aren't morally restricted like the jedi are and don't have to worry about fair play or anything. But then, the sith can't really control their anger and hate like the jedi. please share your lovely thoughts on the subject and keep your nasty ones locked away in your mind.

I'd have to give it to the jedi, they might not kill, but they come damn close (see anakin in 3 after Obi Wan is done with him) Also being cool under fire goes a long way.

Anakin was kind of a bit stressed out after turning to the darkside, mudering kids and being dumped by his wife but I guess after a while a sith lord would tire out with anger and hate and the jedi would strike.

Fear is the path to the Dark Side. Fear leads to anger. Anger leads to hate. Hate leads to suffering. (Not sure what that had to do with the topic at hand

I think that at first a Sith could overpower a Jedi. However, after a while, the Jedi would win, because, as mentioned before, the Sith would get tired (no matter how angry you are, at some point, it fades) , while the Jedi would strike while his/her/it's foe was weakened.

Ohkay, so for the purposes of a generic battle, lets assume that the force capabilities of the two combatants are roughly equal. The Sith tend to be more offensively capable, and the Jedi tend to be more defensive. Net advantage: No one.

So it comes down to lightsaber battle, right? Makes sense. That's what happens in most of the movies and such.
Thing is, the Sith tend to draw their power from anger. But lightsaber battles are something akin to a martial art. One rule pretty much universal to any martial art, or even any disciplined and trained form of combat, is the the calmer combatant wins. Being angry doesn't help you one bit in a situation where you are fighting a skilled opponent.

So yeah, my money is pretty much on the Jedi.

The only advantage I can think of for the Sith is that they would tend to fight dirty, but I don't think that works quite so well against an opponent who can sortof use the force to predict what's going to happen in the battle. If both combatants have a little bit of force precognition, as is hinted at in the various Star Wars lore, then the more skilled combatant is still going to come out on top.

I don't think he needs to be immortal. I think all he needs to do is to write the right story. Because some stories do live forever.

If the Sith were to destroy all of the Jedi, the universe would be under their control.

The Sith are evil.

When an evil empire takes control, it will collapse upon itself, assuming a revolution does not occur.

Our galaxy is a part of the universe.

Star Wars happened a long time ago, in a galaxy in our universe.

Therefore, the Jedi probably beat the Sith, as a whole.

Well, I think this is highly dependent upon the combatants and their chosen focus of discipline. Darth Maul, for instance, focused almost entirely upon the martial aspect of the force, forgoing any training that did not further his combat prowess. This is how he was able to stalemate Obi-wan and Qui-Gon, eventually defeating Qui-Gon Jin, who was a much greater master of the force, but not quite the duelist that Darth Maul was. Obi-Wan only won due to Maul's pride, which drove him to showboat and intimidate the jedi at the end of their fight, rather than finish him off.

Similarly, Yoda Vs. Palpatine ended in defeat for Yoda, because although Yoda had arguably greater mastery of the force, his resolve had wavered slightly, whereas Palpatine was fueled by the passion of his nearing victory over the republic. Contrast this with his duel earlier with Mace Windu, where Mace pretty much handed him his ass until Anakin turned.

Bottom line, it really depends upon the individual and their training. Sith are typically stronger in single combat, however the Jedi as an order are typically stronger than the sith as an order, as when the sith exist as a large entity they are plagued by in-fighting, and as a small organization they lack the infrastructure to best the jedi order.


Be a Game Character

I think, bottom line is this. Jedi's are numerous but are weakened by their self riotousness compassion. A sith would crush your skull, laugh at your corpse and then sell it to a slave for horker slop.

Sith's have done more damage to the galaxy with very few of them compared to how many jedi? Case closed

I don't think that it's as easy as saying "the Sith Lord would win" or "the Jedi Master would win."

Sure, as other have mentioned, there are certain factors that obviously favor one or the other, generally speaking. But in the end I think that there are still too many variables within each group, and with each individual. The winner would depend on the strengths and weaknesses of the individuals fighting, and how they compare.

A fair point Mr. Lost. A bit more context might be in order to make a rational decision between the two. My first answer may well have been a bit quick off of the mark. I think both sides probably do have their strengths and weaknesses. The story is, after all, one of good triumphing over bad so the bias is already set. HOWEVER, i do think that the dark side has the advantage.

It seems to me that whenever the light has overcome the dark it has been due to luck or failings in the dark's ability to stay dark.

Maybe that's darks' weakness, it just can't exist where there is light?

Bested perhaps, but not defeated.

So im calling shenanigans on all of you on the jedi side of this. It is well documented that the sith are more powerful individually than the jedi are, the jedi generally have strength of numbers over the sith though.

origninally mixed up how mace died, but even so mace was known to be the greatest melee fighter of the jedi order and sidious(a frail ass old sith) stood toe to toe with him for a lengthy battle. And as someone who has read a number of the books it is well established that sith are superior in strength in a one on one fight.

Power does not mean effectiveness.

That is pretty much the case.

Over and over again the Sith rise to power and are either slapped down when the Jedi amass on them, or when they collapse in on themselves because they are all power hungry fools and don't know when to sit back and realize that they have won.

Also tagged with one or more of these keywords: star wars, jedi, sith, the force